I can mention the things that you typically read about Amsterdam, like how pristine the city

feels… or how cooperative the people are… or how easy it is to move about the city. But, I want to tell you about the Amsterdam that we saw simply because we decided to take a few chances and observe life there. The Dutch have figured a few things out. Their sense of community is stronger than anywhere I’ve been in the US… they are far more chill than most people I know and they have absolutely no idea how freaking beautiful they are.

We used Q-Parking (yes we rented a car in Paris) and left the car for two days which was pretty affordable considering this is a bike culture city and parking is sparse. We decided to use

Airbnb for our sleeping arrangements… and we actually opted to stay with someone this time. I found a Dutch Moroccan DJ who agreed to have us… and upon meeting Karim, it was clear we were all going to get along just fine. He was an artist… living in a penthouse, multi-level space about 30-minutes walk to the downtown area. Karim gave us his bedroom for the next two nights and we had a blast getting to know what life was like in Amsterdam through the eyes of this young music artist.

Karim spoke amazing English… (everyone else in Amsterdam is required to learn English in grade school) but truly perfected his language skills by watching American TV since “It’s the only TV worth watching in Amsterdam” Karim says. So language barrier = 0. Karim was so willing to let us into his life… sharing his daily living and perspective. It was clear from our talk that the Dutch are very comfortable sharing their lives with each other. We had a lot in common since Todd and I also work in the arts and he explained how respected the community is towards artists. In fact, we were discussing income (he also works as an international illustrator) and when I told him that DJ’s (typically) in Indy pulled in between $150-$350/ night…. he looked shocked. “I make $300/hour” he said. I returned that shocked expression and couldn’t help but feel both bummed out and hopeful about this.

We allowed Karim to get back to his work and decided to take a stroll downtown. We walked… the entire time we were in Amsterdam. We preferred to do so… so we could see what life really looked like… and what it was like to be a member of the city, instead of just a visitor.

We were heading to meet up with another Airbnb connection I have, Julie. I rent Julie’s home in Chicago for a number of retreats, but have never met her… until now. She is working in Amsterdam and is a new mother of one… and part a team of three. We agreed to meet her and her family at Food Hallen. This is a magical market of different kinds of food… dare I say a food court of sorts… but with far fewer friers and a whole lot more atmosphere. The building (if memory serves) used to be a train station. Various vendors from sushi to pasta… from traditional Dutch… to cured prosciuttos and plenty of brews and wines. Luckily, Julie was able to guide my food choices…

We ate…. we laughed…. we exchanged life theory…. we contemplated differences… this was one of the best evenings that Todd and I had on our “workcation.” * Traveller tip: being open enough to have conversations with someone other than the person you’re traveling with open many chances to learn a life other than your own. Todd spent time talking to Julie… I spent time talking to her man Thierry (half Dutch half French) and we all learned from each other that evening.  We are already planning to meet again in some other country to repeat the experience but in a new environment.

We closed the Food Hallen down (typical for Todd and I) and we walked back to Karim’s house in the rain…. and it was perfect.

Todd and I spent the next day walking Amsterdam. We started at a local favorite (just dumb luck I stumbled on it via my GPS) called The Breakfast Club. The food was perfect… and the help was adorable (our waitress was a Canadian who was living abroad for the year) and we were allowed to feed the cat who was a regular off the street customer. After that… the adventure began.

Nope… we didn’t go see the Van Gogh Museum…. Nope… we didn’t do the canal cruise or a tour of the Palace. We just walked and created art. We sat in Rembrandt Square, sipped coffee, watched street performers and perused the flower markets. Todd and I talked about why things felt different in this particular city trying hard to find the words… and at times, coming up short. I would define the majority of people as mellow… and no, I don’t think it’s because they’re all high. It’s as though they are guided by quiet confidence and contentment.

We did find a Starbucks at one point (one of only two American spaces we entered our entire trip)… and I used it to change wardrobe for our photoshoot that day… (priorities.) Amsterdam is clean. For example, the night we headed into the city after Mysteryland… we spent most the evening at McDonald’s because we needed their wifi at 2am since we were working under a deadline. Simply stated… I could have eaten my croissant off their floor.

Walking the city allowed us to pop into a sex shop…. watch the waterway performers…. appreciate the pot culture (no we did not get baked, stoned or high, not our bag) and create art in a city that clearly appreciates art. it was a long day…. but oh so worth every step.

X-FACTOR: The Dutch are gorgeous (and fucking tall!) Not because they all seemed to walk off the page of a damn magazine (that happened a lot too) but because their personality made them more attractive. I’m pretty sure that none of them know this… and I’m 100% sure this is why they are so beautiful, even if not in a social stereotype sense.

We finished our marathon city tour with a stop at the grocery store… buying everything new we could get our hands on… and we hosted one of our infamous bed picnics…. and ate like kings. 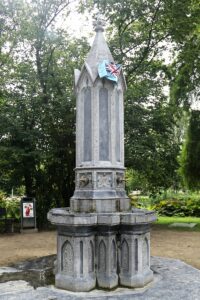 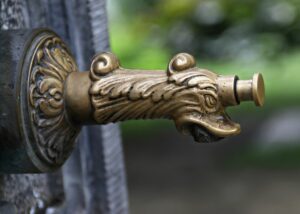 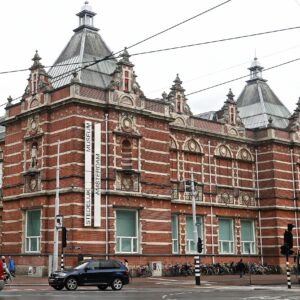 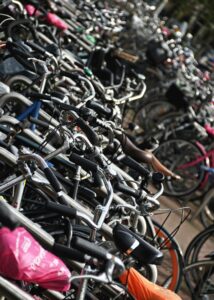 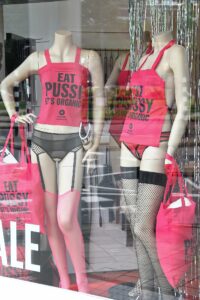 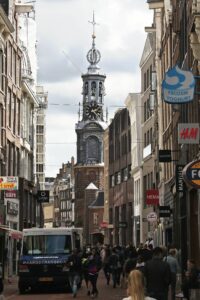 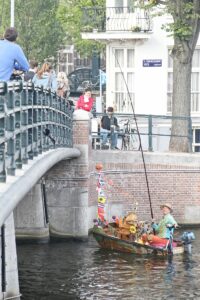 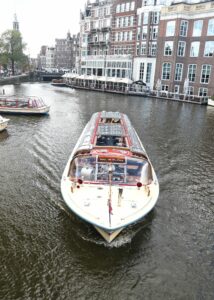 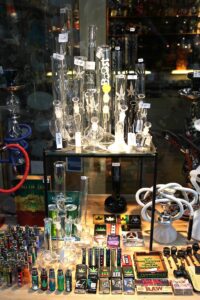